Specializing on addressing most people’s needs to eventually get rid of stress and exhaustion caused by a gazillion of problems in work, family, and relationships, the Unexplainable Store has came up with research-based and thoroughly-planned innovative solutions to cater to this every day conflict. 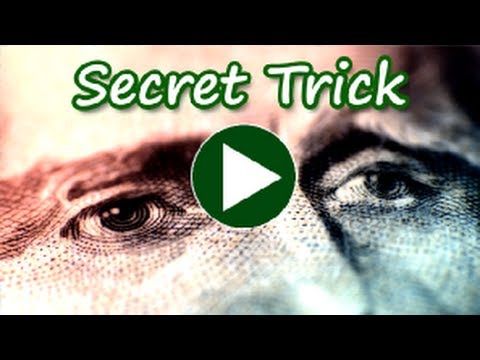 Since the influence and power of music has been undeniably in abundance nowadays, the company has made it a priority to integrate the positive effects of melody and harmony to the daily lives of people.

This notion, in partnership with the fast and effective rise of technology to prominence, was thoroughly studied and checked by the company as to its psychological and physiological effect to ease the daily pressure and nightly sleeping difficulties experienced by all kinds of people.

With these particular ideas in mind, the Unexplainable Store has produced Brainwave Entrainment, a strategical
component that is designed to directly connect to people’s brainwaves, and motivating them and inspiring to do certain tasks needed and desired.

Through psychologically-tested mix of levels of frequencies and varying sets of sounds, one can test and train his or her brainwaves to reach particular states of mind like sadness, creativity, happiness, excitement, and courage among others. By catering to these desired feelings, the Brainwave Entrainment trains your mind to train itself.

Who is behind this great innovation?

This type of innovative movement was historically started by Heinrich Dove in the 1800s, and has since been a pressing topic in psychological and cognitive studies.

Continued upon by an abundance of psychologists and scientists due to its optimum potential to be of essential service to the society, the Unexplainable Store has further created platforms to develop this serious trend that could change people’s perceptions, and eventually their own lives.

How large is the scope of this program and what are its inclusions?

The Brainwave Entrainment is a set of brain tuning melodies, beats, and sounds that would cater to the buyer’s needed inspiration to be able to effectively meditate and eventually grasp a chosen state of mind.

These frequencies and sounds are fine-tuned to address the following categories: Personal Development, Money and Prosperity, Body Healing, Spiritual and Metaphysical, Health and Hygiene, Brain Function, Therapy, and other Adult Subjects. 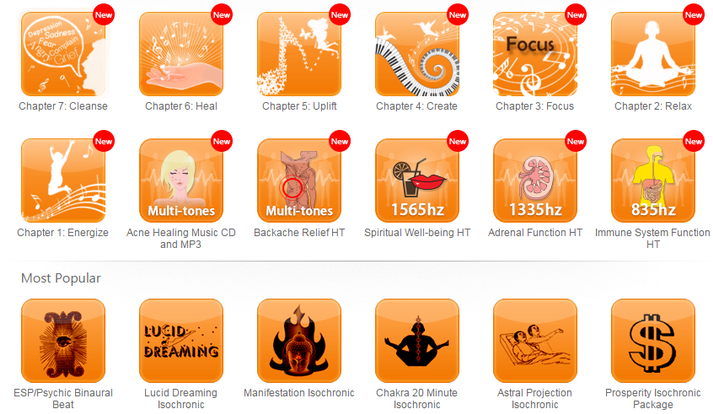 Telepathy and meditation are also essential subjects of this category.

On the other hand, the health and hygiene category could be referred to as the most versatile element of the programs as it caters to an abundance of sub-categories like athletic and sports performance, female health, human growth hormone, overall good health, immune system, sinus congestion, headache remedy, pain relief, arthritis aid, sleep, waking up, endorphin release, energy, fountain of youth, tinnitus, eyesight, hair loss, weight loss, allergy relief, clear complexion, and DNA stimulation.

As evident from the countless topics and conflicts that the Unexplainable Store’s program caters to, the varying experiences and individual differences of people are given utmost priority.

How does it prove itself as a truthful and working program?

With focus and target on paranormal conflicts and psychological attributes and tendencies, the Unexplainable Store
has delivered premium brainwave entrainments that would effectively enhance and exercise the brain functions.

By delivering two sets of varying frequencies to the brain, another frequency is produced by the brain itself due to the
combination of the two initial sounds and the reaction of the brain.

The calming and stress-relieving new frequency would then influence the consciousness of the person listening to the sounds.

This aforementioned process should send particular waves back to the brain and the user will inevitably feel transformations and changes that would ease their stress, anxieties, pressure, weaknesses, and exhaustion.

Through numerous client testimonials saying that the isochronic tones from the program have proved to be useful in
travelling as well as in sharpening the intuition and making their overall abilities stronger and better, the soothing tones that the Unexplainable Store has integrated to their program has proved to be of effective success.

What are the positive essential points that the Unexplainable Store’s program provides to its clients?

Who is the ideal candidate for the product?

This program actually addresses its elements to all kinds of people, but could prove to be of urgent necessity for people who are stressed from work, and coping with loss and depression.

Because of the product’s target to revitalize the mind and the body, both important elements of the human being are given a fresh and optimum start. 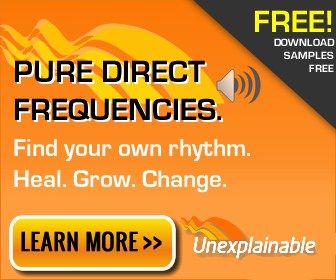 If you are an individual who desires for unwinding of pressure and exhaustion from the daily grind of life, the program developed by the Unexplainable Store could prove to be a win-win situation for you.